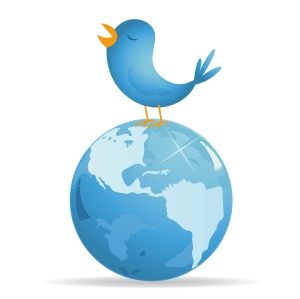 Let’s say you’re setting up some kind of event and you want to show a live Twitter stream. Let’s say you don’t have time to develop your own solution, you just have a cool hashtag. What do you do?

First of all you may think if it’s a good idea.

I’d take the risk. I’d use Twitterfall because it allows a good combination of lists, searches, geolocation and exclusions. It also lets you decide speed and size of the falling tweets.

Need a previous moderation? You can also use TweetChat, a service with log-in authentication which allows to block spammers and undesired messages.

ReThink your house through the web 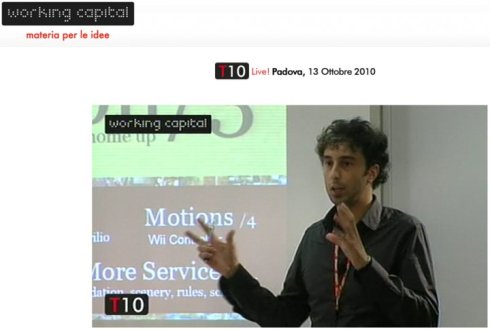 Lelylan is a project about domotics. According to the words of founder Andrea Reginato:

[The project is] called to life by the need to solve technological limitations that home automation (aka domotics) is facing today. Nowadays our houses are furnished with numerous devices like appliances, lighting systems, alarms, irrigation systems, smoke and gas detectors, heating, cooling, audio, video systems and much more. There is only a problem, well, a big problem: those devices use different standards and they can’t easily communicate with each other.

The aim is to connect your house to the web with a clear and simple set of web services and to enable all devices to communicate with each other. Moreover, everybody is allowed to create new services on top of Lelylan.

What we aim to do is to map every device to a unique URI which will provide control over it. When such a connection is done, technological limitations disappear and devices become identifiable only through their functionalities.

Let’s keep an eye on Lelylan then!

Music to start your day with

The internet is full of free tools waiting just for you.

I felt the need to share the music I love and I decided to do it with a few free tools: Tumblr and Youtube.

Here it is: Early Morning Songs, one song each morning. Just something to start your day in a nice way.

The power of cognitive surplus

I’ve attended the Internazionale Festival in Ferrara and I found an inspiring talk in Clay Shirky‘s How cognitive surplus will change the world. He introduced the idea of cognitive surplus and showed the difference between common and civic value as in LOLcats and Ushahidi.

According to Clay’s words:

cognitive surplus is the ability to volunteer and to collaborate on large, sometimes global, projects. It’s made up of two things. The first is world’s free time and talents. The second is media tools. By using cognitive surplus, we’re starting to see truly incredible experiments in scientific, literary, artistic, political efforts. We’re also getting, of course, a lot of LOLcats.

Finally, we can’t stop the LOLcats or any other Internet meme. But we can focus our efforts in building more Ushahidi and create social value enjoyed by society as a whole.

BTW, take a look at Ushahidi demo to get a hint about what it can do about mapping and sharing information! 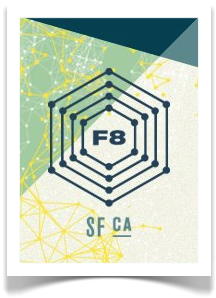 Frictionless experiences. With these words Zuckerberg described the future of FB at the F8 in San Francisco. Here’s a short list of what’s going on.

Timeline is the new Wall. It’s like the story of your life, but it’s currently being delayed due to copyright issues. The Open Graph news are stunning for a new generation of apps – here’s a showcase and yes, music will be available too.

Graph Rank is the underlying system that manages discovery of Open Graph activity around Facebook. It’s designed to give more prominence to engaging activity. This involves the new Newsfeed.